Peter Gilder, how it all started?


Peter Gilder, how it all started?

Peter Gilder clearly enjoyed risking his life by the fact he flew planes rode motorcycles which in the early 1960’s was a lot more dangerous than nowadays. No racing leathers, boots or crash helmets was the standard position for any rider.He was also an accomplished water polo player and keen racing cyclist. It was because of one of his hobbies that he discovered wargaming.
Gilder managed to break his leg following a cycling accident in early 1962 and whilst in hospital he  was reading a copy of one of his wife's magazines in which a certain Donald Featherstone had written an article about wargaming. No Kerry Catona in those days, thank heavens.
As a result Gilder obtained a copy of the newly published book called Wargames by the late great Donald Featherstone.The rest was history, as they say.
Gilder began buying, converting and painting the boxes of Airfix toy soldiers that had emerged in the early 1960's.

1962-1963.
Peter Gilder didn’t mess about and contacted Feathersone sometime in 1962 and arranged to meet his idol, they became firm friends.He subsequently threw himself into his newly found hobby.
By July 1963 he was advertising his services to wargamers of converting Airfix figures, a must back then and also offering to create Napoleonic artillery for would be gamers.
By August 1963 Gilder was inundated with commissions and was complaining of having too many to handle.
1964-1965.
Such were the abilities of Peter Gilder that he became the sculptor for one of the very few wargame figure producers in the United Kingdom. Alberken sold a small range of 20mm wargames figures and Gilder was employed to create a new range titled Battles of Yesteryear, which was a series of Gilder figures painted and boxed for collection or wargaming.
This was to be a very short collaboration for Gilder and Alberken who parted company in August 1965.One gets the impression that Peter Gilder could be a difficult person to deal with.

20th March 1965.
The Military Festival, Duke of York Headquarters Chelsea.
A lot of the more mature wargamers will remember the images of many well dressed wargamers surrounding a beautiful terrain where they were re fighting the Battle of Waterloo. The table would be surrounded by a packed audience of people struggling to understand what was going on. A total of 1500 20mm Alberken figures were used for the refight, the vast majority supplied by Peter Gilder who also made the 16.0’ by 6.0’ terrain for the battle. It was to be the first of many models he would make of the battle. 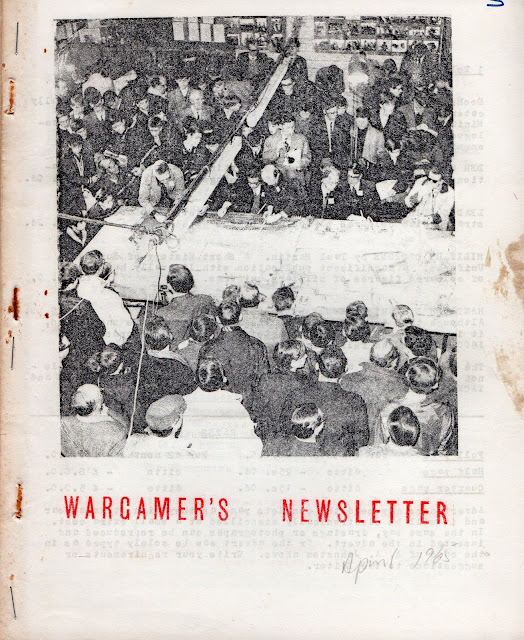 18th-19th June 1965.
The British Military Modelling Society staged their Battle of Waterloo convention to commemorate the anniversary of the battle using the Gilder terrain and figures. Peter Gilder in the guise of the Duke of Wellington was to win the battle and the BMSS Napoleonic tournament. 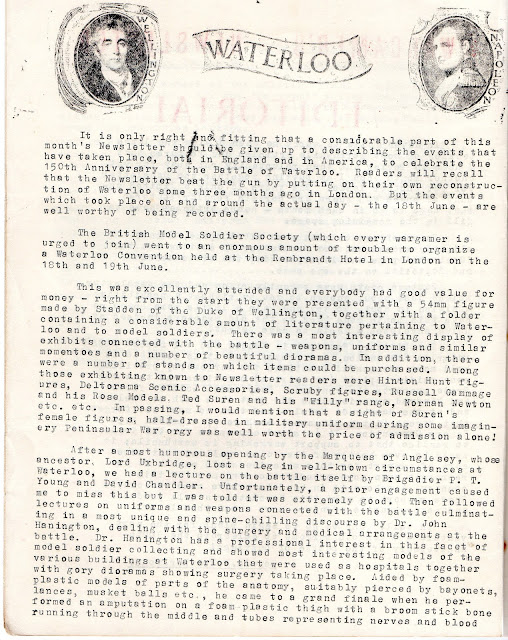 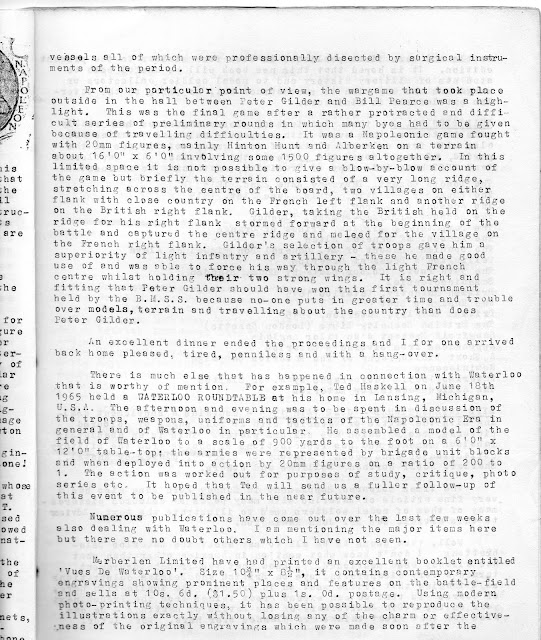 1965 was to be a very important year for Peter Gilder and wargaming as he went into business with Neville Dickenson to purchase Alberken Miniatures. Trading initially under the name Military Miniatures before changing the name once more to become the famous Miniature Figurines. Wargaming appeared to be progressing.
Again, the partnership was a short and troubled one, with missed deadlines and accusations of pirating figures.


1971.
Peter Gilder was to be hired? by Frank Hinchliffe and commissioned to produce wargames figures and help promote the new business venture. He would be seen at the few wargames shows that had begun to appear across the country and most importnatly his terrain and figures would invariably feature in the wargames books that had begun to be published regularly.
Below is an interview with Donald Featherstone written for the Battle Magazine in March 1978. 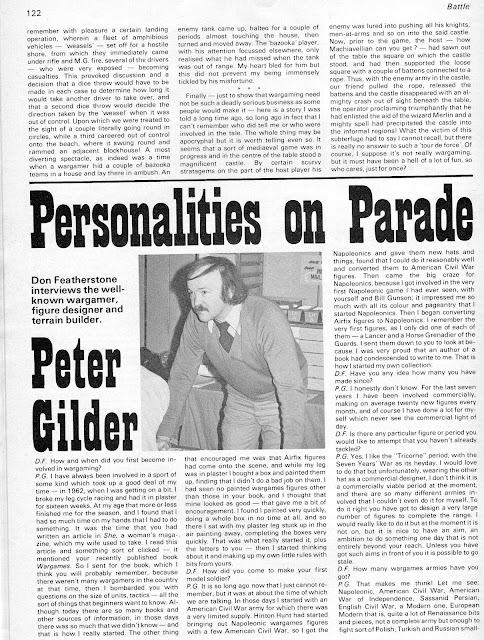 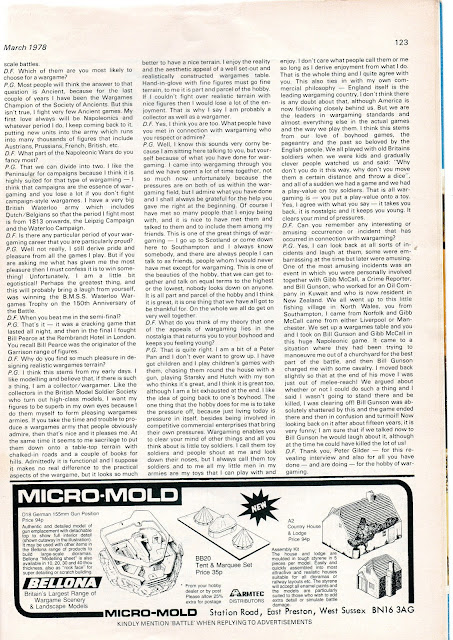 Check out my main blog.
independentwargamesgroup.blogspot.com

Peter Gilder A life in Wargaming

This blog is dedicated to all things concerning the late Peter Gilder, wargamer, prolific figure designer, master figure painter and innovator of all things wargame orientated. So in an effort to address this injustice, this blog will attempt to record as much as is possible about the great man.